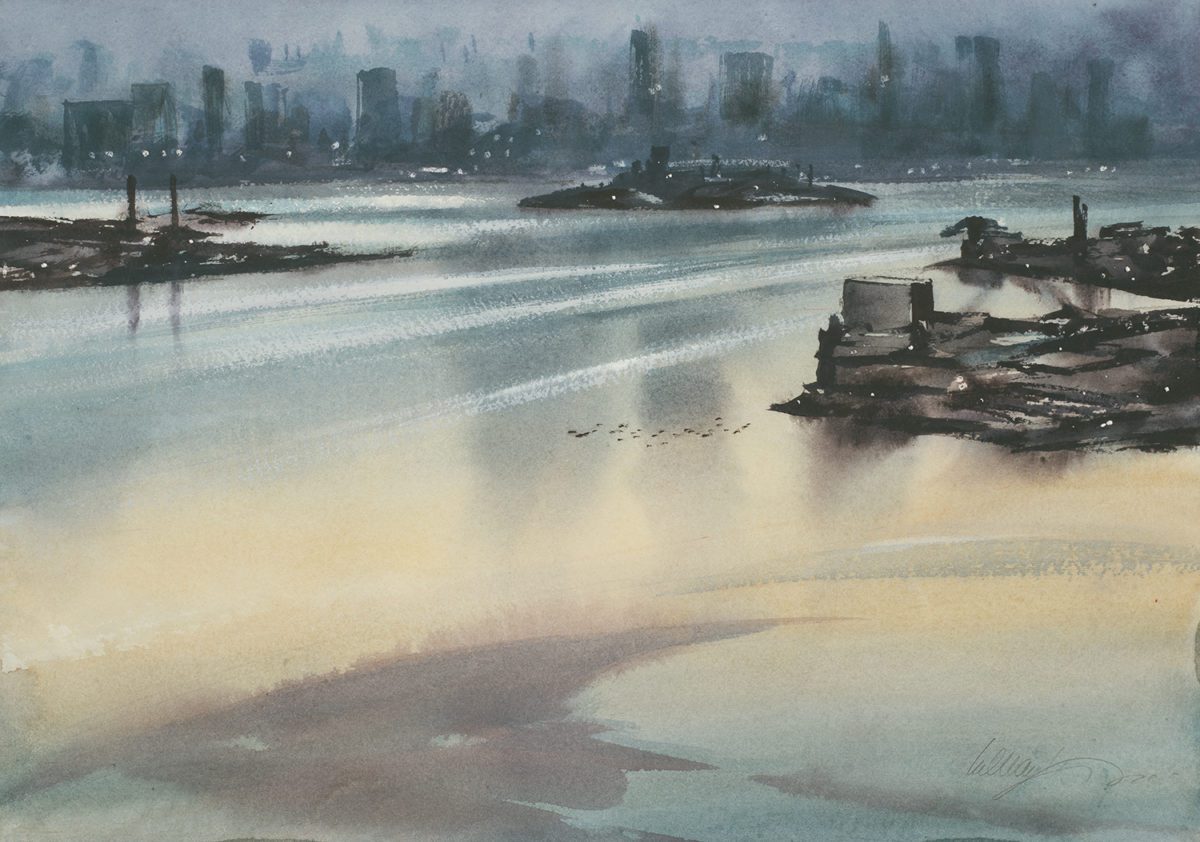 Announcing a one man retrospective exhibition at the Denver Art Museum 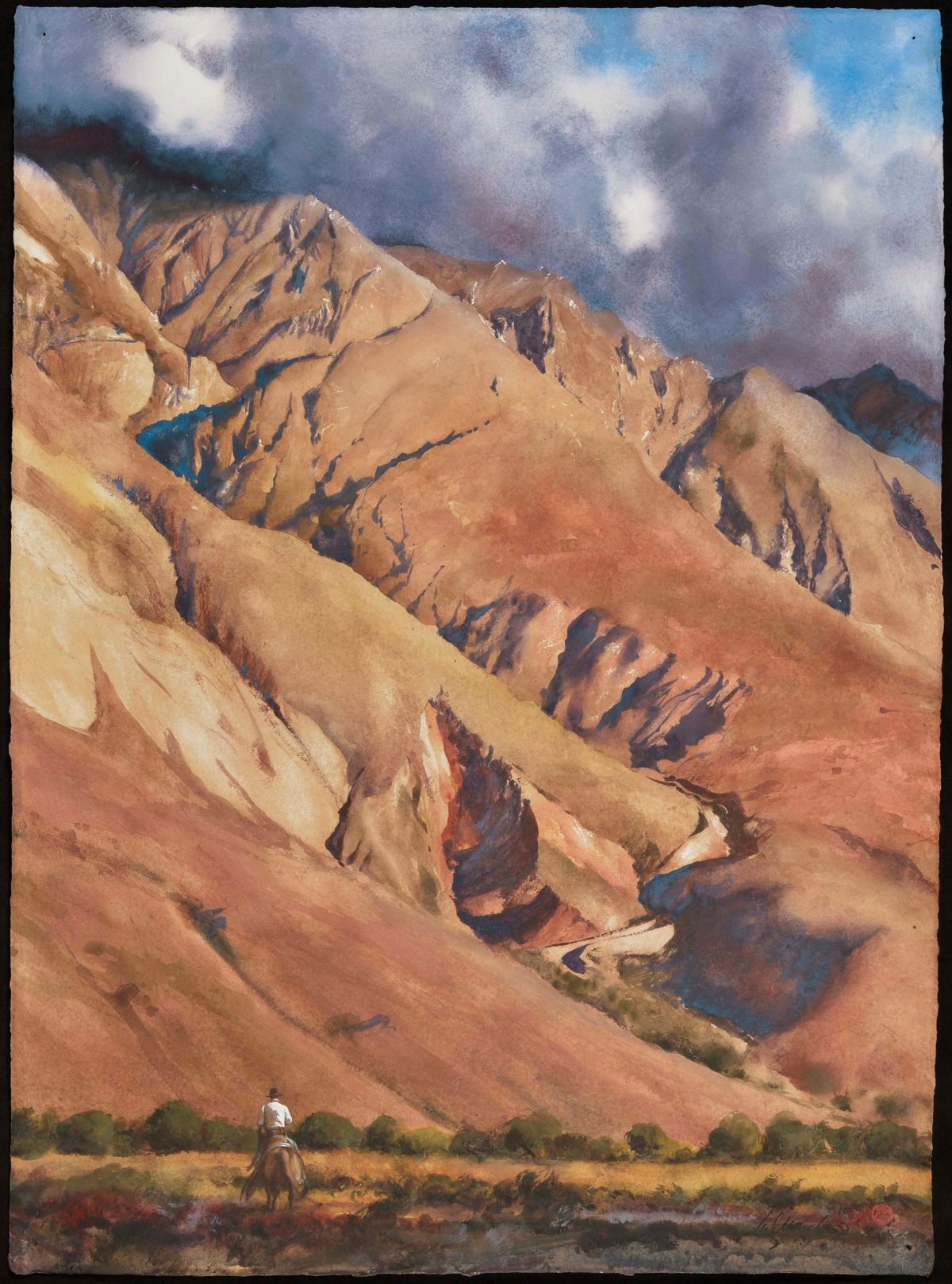 His painting Lofty Goals was well received and sold. Overall it was a very successful show. Show will continue through November 2

Please join us  friday, or call for an appointment to view the show. 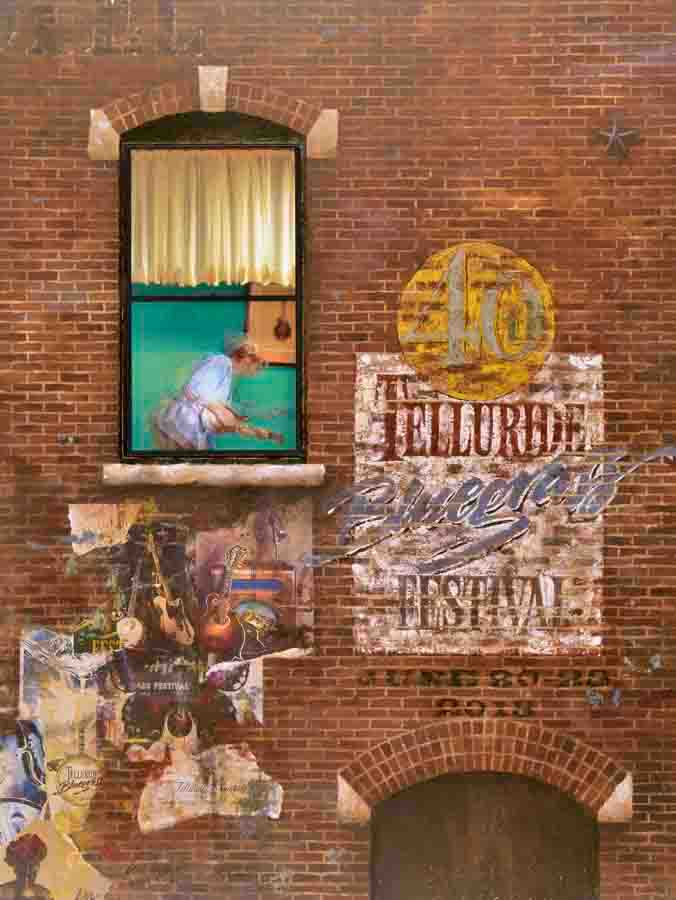 Watercolor has been my paint of choice, ever since I was a young boy.  It’s more than a medium for me – it is an attitude.  It has to do with feeling slightly out of control. It has to do with capturing the gesture.

Oil paint is opaque. The colors are brighter. They’re buttery, rich and easier to use. Watercolors are transparent, and it’s far more difficult to work in a transparent way than with the opaque. Personally, I like to see the under painting. I like to have a sense of the cues that drove the design. I want to see the mistakes and the places where the pigment escaped.

In oil, one usually works from a background that is midrange in value. The colors are developed out to the dark and back to the highlight. In watercolor, I work from light to dark. Since the lightest colors are applied first, and can’t be added later, I have to know where the painting is headed, more or less.

I do preliminary sketches, though I find myself wanting fewer cues as to how a passage should be defined. The drawings generally consist of a few guidelines, and a few areas with tight detail. Though more and more, I just get to work, particularly when I am painting plein air. I layer in transparent washes, wet on wet, sometimes saturating the paper more than a dozen times and letting it dry in between.  There are no rules when it comes to these glazes. I will use large or small brushes, often my fingers, hand or my whole arm.

Next I start to define the areas in the painting. I build up large masses, slowly increasing the intensity of the colors. Much of this process is so ingrained in my head that I don’t even think about it consciously. This is where the instinctive response of paint kicks in. This is the meditative state.

So much of the process has to do with brush strokes and how the edges are defined. Oil brushes tend to be made from hog hair. They are stiff and unresponsive. The brushes I use for watercolor are delicate, expressive and far more responsive. They are made from Kolinsky sable, the tip of the tail, and they have a great deal of spring and natural life to them.

Oil painters know how to load their brushes and they know what their brush stroke is capable of. A great oil painter can create a rainbow graded stroke with several colors loaded onto his brush. Watercolor necessitates a much lighter touch.   Good watercolorists have to be careful to vary the intensity of color as well as the pressure of the brush. And like all artists, we need to work all the time or we lose our sensitivity. I think oriental calligraphy is the ultimate in gestural brushwork.

Not all of my work is fit for human consumption. I have ruined thousands of paintings and destroyed them.  I’ve burned mountains of paper in the wood stove in my studio.  It’s part of the process.  I expect that at least one third or half of the things I start are not going to be successful. If the percentage were higher, it would mean I wasn’t taking enough chances. And if the work is too safe, it’s not interesting. I always try to do something new and better, than anything I’ve ever done before.

Watercolor has a mind of its own, and it goes where it wants to. For me, it is important to work in partnership with the medium, and thereby yield some control. It’s important that a watercolor appear fresh and not overworked. And mostly, it’s important to know when to stop.