William Matthews’ close connections with many of the most popular artists in the recording industry, and his own involvement in music, brought him in close contact with perhaps the best-known builder of the instruments of choice for over 150 years: Martin Guitar. In 2014 Chris Martin approached Matthews with the idea of resurrecting the ionic illustrated “cowboy” guitars of the 1930’s. Research developed a printing process that wouldn’t compromise the crucial sound transmission qualities of the guitar top. Matthews designed themed images for the soundboard of the guitar as well as inlaid fret position markers and tuning board headstock. The success of that first William Matthews illustrated cowboy guitar, now out of production, led to two more, samples of which are both available through the studio. 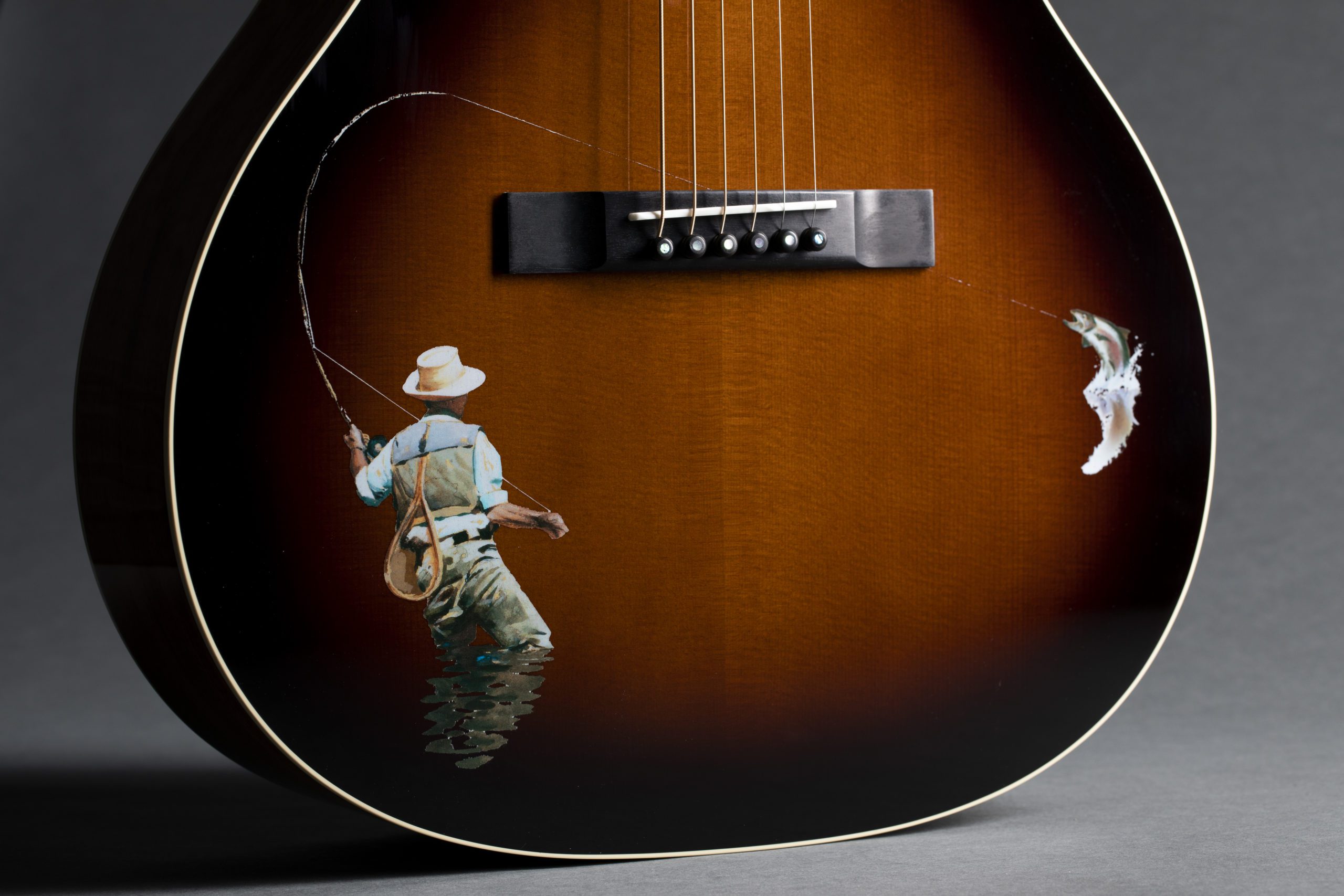 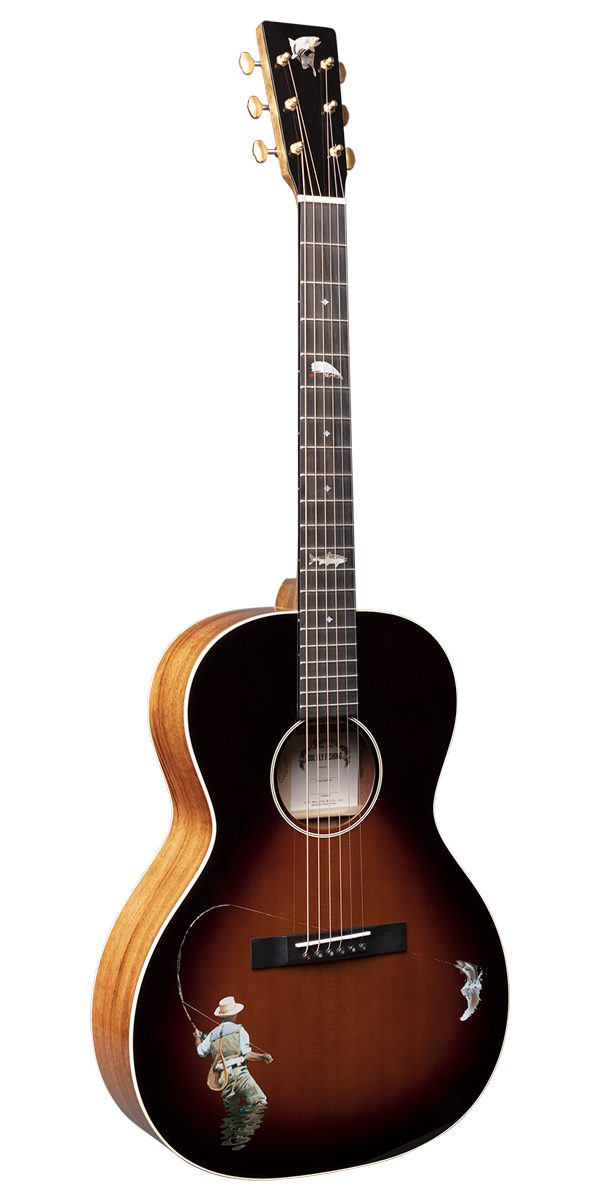